What Are Period Panties?

What Are Period Panties? 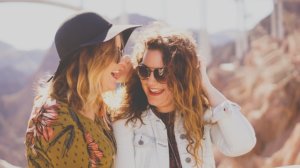 The Eden Center does not endorse products, nor have we tested this specific one, but our blog wishes to inform and empower women around topics that have to do with our bodies and menstruation. Hence, we offer this blog in that vein:

Did you know that the average woman releases only about 35 ml during the entire run of her monthly period? I was surprised when I first learned that, because when I get my period I feel  like so much blood is coming out. I have always felt that. In fact, I’ve always felt nervous about leaking and having stains show through that I called myself “a tampon girl” and would use a tampon even at night, (which I knew was a no-no). And I know I’m not the only one!

So, I wanted to share with you something new that really helped me — menstrual underwear.

When I first tried menstrual underwear (aka period panties), I wanted to stop every woman on the street and tell her about them. Until then, I had never found anything that really made me feel comfortable. I’d tried some alternatives, like mooncups and reusable pads, but I found them too cumbersome and, frankly, gross. But when I tried this new kind of underwear, it blew my mind and I’ve been using them religiously ever since. They actually even make me a little happy to get my period each month.

What I’m talking about is simply underwear that you put on in the morning, without any other hygienic products like pads or tampons, and go on with your day. It soaks in your crimson tide (as well as light bladder leaks, discharge, and sweat). They hold up to 20 ml of fluid, but for those who might still need extra protection, they can be used as back-up with other products for very heavy flow. You don’t even see the blood: it gets pulled into the absorbent layer in the underwear, so you don’t see it and you’re not sitting in a puddle all day long.

If cared for properly, these babies can last for years. You just need to wash them in the washing machine. You can rinse them before washing (if the thought of just sticking it in there with everything else grosses you out), but it won’t stain the rest of your clothes, even if you don’t. Then hang them to dry, and they’re ready to wear again.  I started with two pairs, and then was so impressed I got three more pairs so that I have enough for two full days and two full nights and can do laundry in the process.

For women who keep niddah, I wouldn’t necessarily recommend these on the days right after menstruation, when you want to make sure you’re not bleeding anymore, since you really won’t be able to see blood on your undergarments, and thus, if you want to see the stains it’s not a good time to use them. But on the flip side, they could potentially be an advantage during the 7 nekiim (“clean days”) if you want a white surface on which not to see the stains, and wearing these you wouldn’t be able to see staining [editor’s note — ask your own halakhic authority about the permissibility, and whether there is a need to use regular underwear during 7 nekiim].

I was so absolutely taken by this underwear that I decided to import them to Israel and let women here enjoy what many millions of women around the world have discovered (full disclaimer: I’m the woman behind Modibodi Israel).

I think these “magic” underwear (a technological breakthrough in textile production) are quietly starting a revolution. They feel like a regular pair of underwear (no diapers here!), but they are a zero-waste alternative to the thousands of disposable (and mostly bleached plastic) products that end up in our landfills and oceans. They are also really liberating for women; no getting stuck on an airplane, or a work shift, or an overnight camping trip, or anywhere.They work for disabled women and young girls, including those who can’t manage tampons. And they are wonderful for women who are allergic to all the chemicals and plastics in pads and tampons. There’s even an absorbent bathing suit in the line! (Don’t ask me how it works, but I’ve tried it in the pool for an hour and did not see any reddish “clouds” in the water).

In my mind, we’re on the brink of period 2.0 — part of a larger movement around the world and here in Israel that, enabled by technology, which allows women freedom, and enables sharing information around bodily issues that were once not even spoken about behind closed doors, or only during bridal preparations (הדרכת כלות).

Chen Tamir imports menstrual underwear to Israel. Her company Modibodi Israel “lets women in Israel enjoy what many millions of women around the world have discovered.”

Chen invites you to try a pair of Modibodi underwear and is offering readers of Eden Center’s blog a special 10% discount on their first order (simply insert the coupon code EDENCENTER10%OFF2019 at the Modibodi web store when checking out).